You are here: Home / Welcome to TPE

After 30 years of building performance and race engines, Pete Christensen followed his passion and started Total Precision Engines (TPE).  Since 2003, TPE has built engines for a wide variety of high-performance cars and race cars, including street rods, hot rods, and muscle cars; as well as circle track, drag, road course, and off-road racing.  TPE engines have won several racing championships with a variety of manufacturers.  Today, TPE is focused on building, tuning and optimizing high-performance engines for road racing. 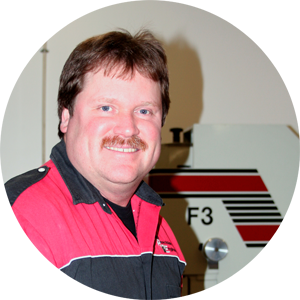 Pete’s interest in building performance engines and competitive racing started when he was just a kid, racing everything from bicycles and motorcycles to street rods and muscle cars to satisfy his need for speed.  At an early age, Pete knew that being a racing spectator was not enough; he needed to be in the pits getting his hands dirty and helping others fix and tune their cars to perfection.

Pete became the engine builder for several professional teams, kick-starting his career.  Teams running his engines won many championships; the first at Saugus Speedway where his engine still holds the track record in Class.

Pete is now heavily involved in road racing, building engines for everything from Vintage to modern cars.   From Formula Fords to Formula 5000, F Production to A Production, cars powered by TPE are winning races.

Regardless of engine type, Pete is a perfectionist and dedicated to motorsports.  From the simplest street rod to the most competitive racing team, Pete works closely with his customers to build whatever is best for their specific application.